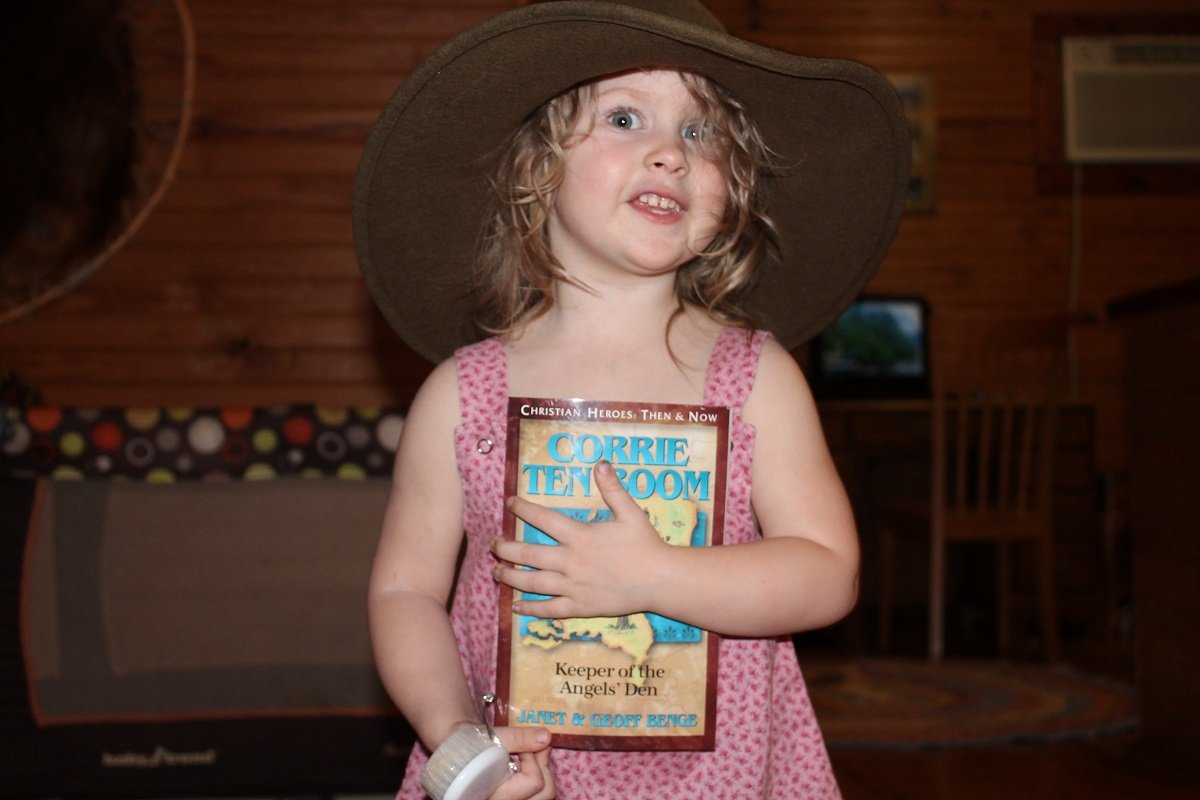 Wow!  What an incredible life story this amazing woman has in the new book I’m reviewing from YWAM Publishing called “Christian Heroes: Corrie Ten Boom”.  This is one of YWAM’s biographies of women and men of the Christian faith in a series called Christian Heroes: Then & Now .  It also has a downloadable study guide available.

This woman led an incredibly difficult life but came through it not only with her faith intact but a vibrant faith that affected everyone she met.  She was born in Holland before WWII and her father was a watchmaker/repairman.  She had several sisters and brothers and they grew up together in a rambling house they affectionately called the “Beje House”.  It had all kinds of nooks and crannies as it was two houses joined together.  This would become rather important later when the Germans occupied Holland.  Not only would they hide a forbidden radio but also many forbidden Jews.

They gave many sacrifices (Corrie, Betsy her sister and their Father) because of their immense faith in the Lord Jesus Christ.  When ration cards were only given to those with identification papers they were even involved in secretly (and illegally) getting ration cards for their secret guests who had a hiding place in a secret room built into Corrie’s bedroom.  They did this for quite some time and helped to ferry many Jews to safety that would have otherwise been exterminated by the Germans. 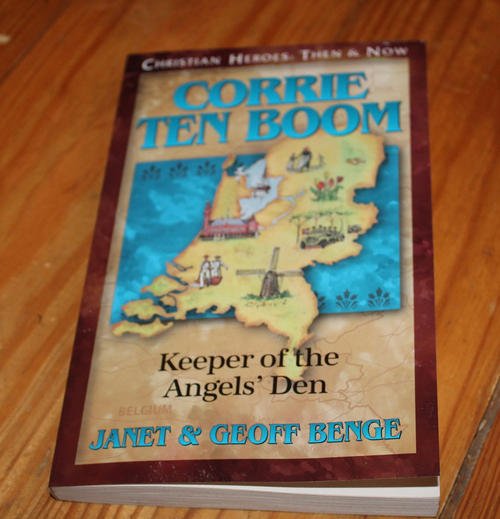 Of course, this could not go unnoticed forever and they were eventually betrayed by a man who appeared seeking help.  Then after much interrogation they were sent to prison.  Honestly, I cannot imagine how they even survived.  The conditions were beyond deplorable and the aged father quickly fell ill and died after 10 days.  The two sisters however, survived and were even sent to another prison work camp.  When they describe the unspeakable things these ladies went through I cannot fathom how cruel you would have to be to put someone through this!  And still Betsy was praying for their captors and encouraging Corrie to do so also.  I found great sympathy for Corrie because she found this almost impossible to do at the time.

I won’t spoil the book by telling you the ending, however I can almost guarantee you won’t want to put it down and you and your children will learn much from it!  I used it as a read-a-loud for my boys and Jake was horrified at what the Jewish people were subjected to as a result of hatred.  He said only one thing could make people that wicked:  Satan.  He’s absolutely right!

This book brings up several subjects to discuss:

4.  Should you love your enemies and bless those that curse you and what does that actually look like?

These are hard questions to answer but contrary to many people’s belief I believe the answer to all the above is “yes”.  God’s Law supersedes man’s law and sometimes it is necessary to break man’s law in order to keep a higher law!

The study guide will help you dig deeply into the book and is especially useful for homeschooling!  It encourages Bible study verses and supplies several for your use.  It also suggests a display table that goes along with the book such as memorabilia from WWII, Dutch items such as wooden shoes, flags, ect….  Then the study guide delves into each chapter and encourages the child to really think through the book.  It doesn’t ask simple yes or no questions but ones that seek out deep thinking.  For example in chapter 8 it asks why you think Mr. Ten Boom was able to look relaxed as he was being questioned after being arrested.  YWAM’s study guides go far beyond just knowing something for a test!

YWAM has so many great books!  Last year we read Heroes of History:  Daniel Boone and loved it!  We learned so many things about this amazing man that are left out of history books today.

These books are a wonderful tool to teach true history to your kids (and yourself) and will keep you interested all the way.  I highly recommend their many books!  I hope you’ll check the other reviewers out at the link below!