Who loves Daniel Boone?  Well, we do for one!  In fact, I would have to say he’s one of our very favorite people in history.  So, I was super excited to get to review the book in Heroes of History-Daniel Boone from YWAM Publishing  detailing the life of this extraordinary hero in American history.  We also got to use the downloadable study guide.  Just a note, they have loads of books in the Heroes of History series!

The book is a fascinating read all in itself and I learned so much about this amazing man.  It never ceases to amaze me at how much responsibility children used to take on!  Perhaps that is one reason they grew up to do such incredible things against such great odds!  We follow Daniel through his young life and get to watch him make some very foolish choices and learn from them.  Did you know he almost got a man killed when he was a boy by loading a gun with too much powder?  He thought it would be hilarious but was afterward very sobered by his action and vowed to only use guns responsibly after that.

Or have you read about his losing his oldest son to Indian attacks; or that he had 10 children?  Did you know the unique way he decided if the girl he wanted to court was of good character?  Hint;  it has something to do with her temper, lol.  I’m afraid I would have failed his test!

Another thing that amazed me about him was his perseverance.  He was repeatedly sent back to square one in his adventures but he did not allow that to stop him!  He kept right on going until he achieved his goals.

Was he perfect?  Absolutely not.  One thing I noted was that he sold corn liquor and kept slaves at certain points in his life. Do I agree with either?  No, but he was an honest and good man with sinful faults as we all are.

His wife Becky also caught my attention.  What a woman of valor she must have been also!  To birth 10 children, several when Daniel was gone and go into the wilderness must have taken great fortitude and reliance not only on her God but also on her husband.  She must had had great faith in both!

I read parts of this book to the boys and we used the companion study guide with such discussion questions as “if you were lost in the wilderness like Daniel was what skills or tools would you use to survive?”  We also used vocabulary words from the book such as “gun, knife, bullet” ect…The study guide is very helpful with activities to do, ideas for writing, vocabulary building, critical thinking and more.  These would definitely be a huge benefit along with the books!

As a field trip we went to a black powder rendezvous which would have been a similar era to Daniel Boone!  We got to see Indian teepees and mountain men along with trade goods, authentic dress and toys of the times.  My husband also went over the mechanics of a flintlock gun with the boys!  Of course they enjoyed all of that. 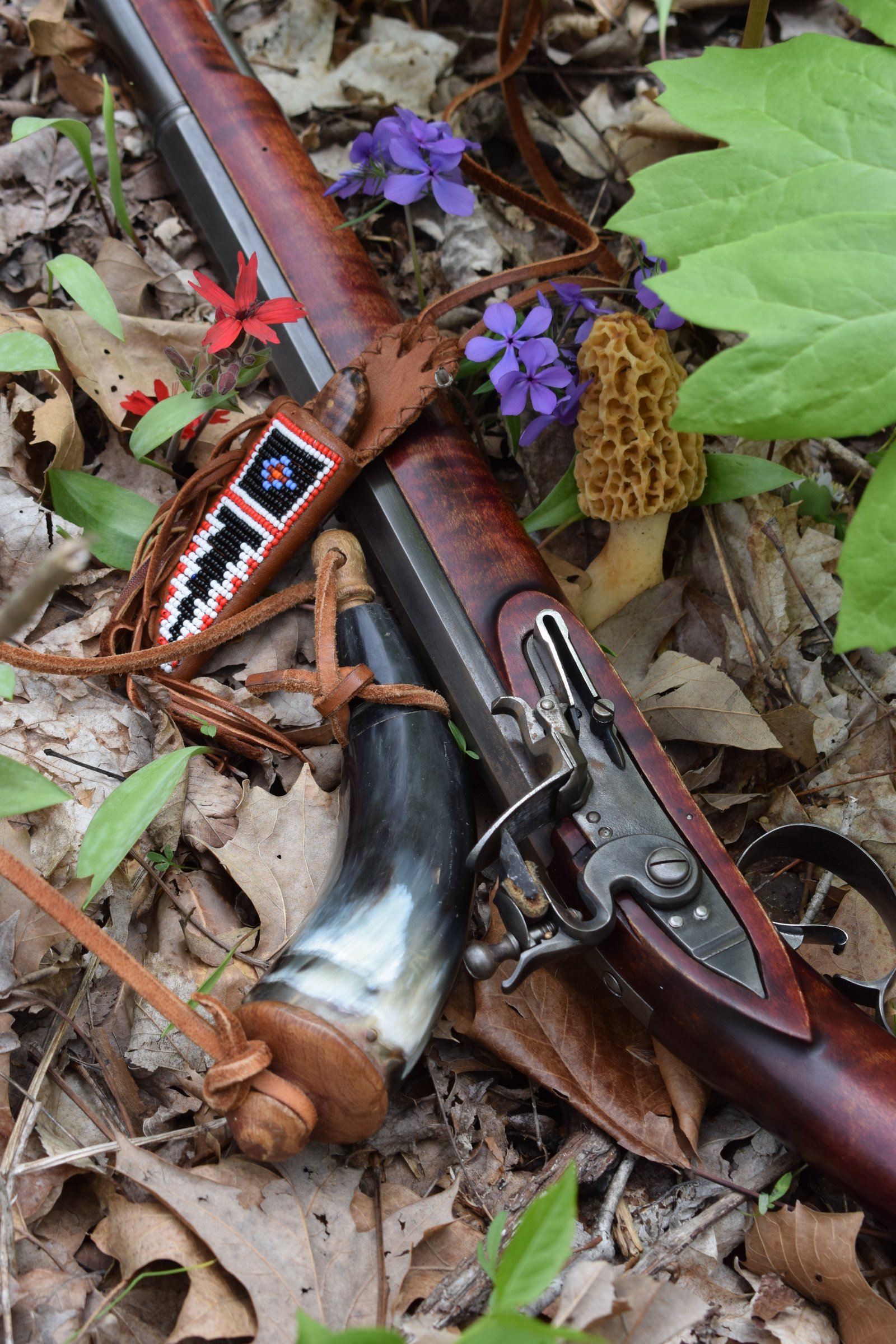 My husband’s flintlock & black powder accessories.  The boys love these!

(photo courtesy of my husband)

I am very pleased with the quality of the materials and will continue to buy from YWAM!  They are a fantastic company.  Just to mention a few of their other books (there are loads!) Christian Heroes-Gladys Aylward, Christian Heroes-C.S. Lewis, and Christian Heroes-Corrie Ten Boom.  I’m also planning on getting the Heroes of History-Davy Crockett!

If you’ve never read their books I hope you’ll give them a try!  They are extremely interesting, exciting and faith affirming!  Also, check out the other reviews at the link below!