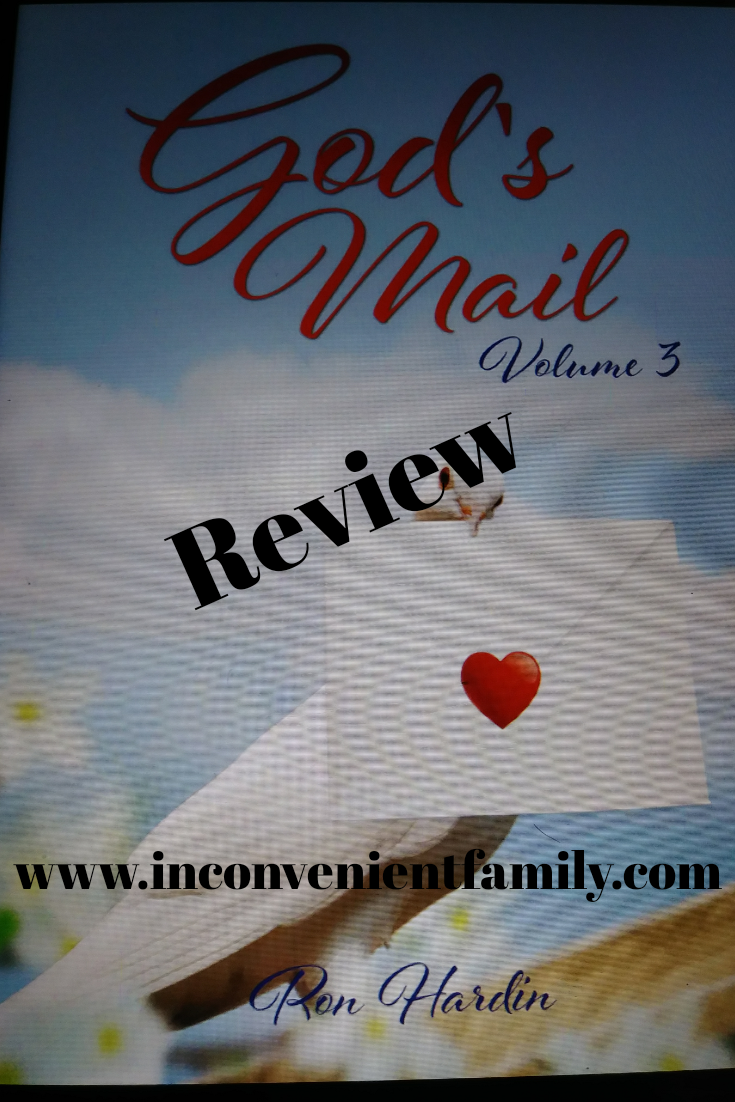 I always enjoy the few adult book reviews we get to do so I was happy to review God’s Mail  and his new book “God’s Mail Volume 3”.  I chose the Kindle version but it was also available in hardcopy!

First off, this is a series of poems written to address many areas of life.  There are poems about pretty much everything!  The foreword to the book makes the claim that the poems are prophetic and actually inspired by God. 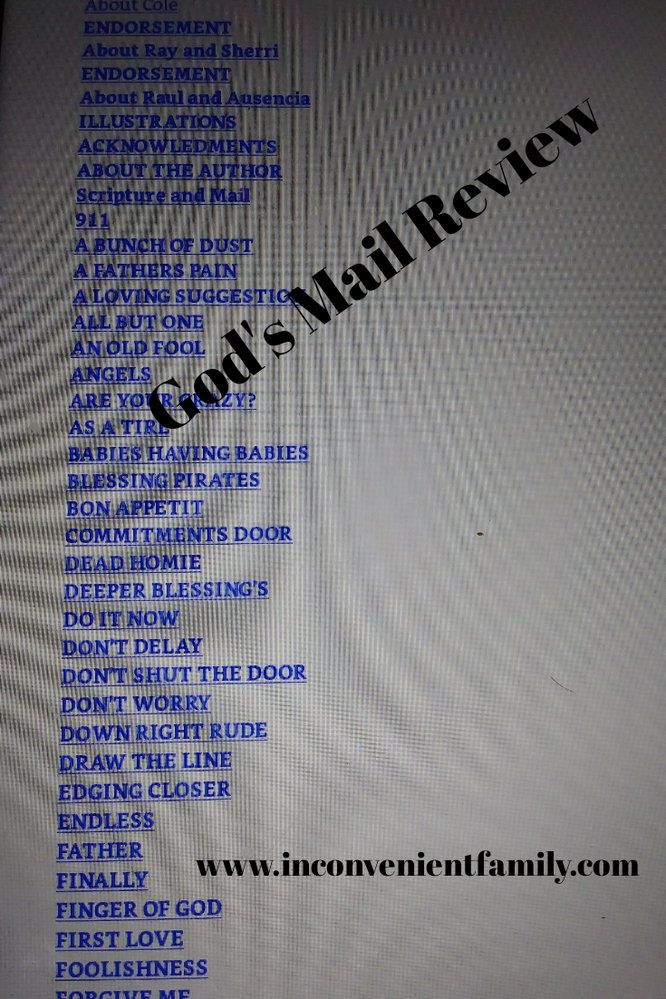 Ok, I am going to be honest here (I think you would expect that) and say this was not really my thing.  For one thing, I’m not much on self-proclaimed prophets, nor do I believe we can claim divine inspiration apart from the Holy Scripture.

Now, that aside, there were some good poems in this book.  I can’t say that any weren’t Biblically sound, but most quite frankly were not my style.  There were poems about tons of issues I think are extremely important such as abortion, marital infidelity, unwed pregnancies and even gang shootings. 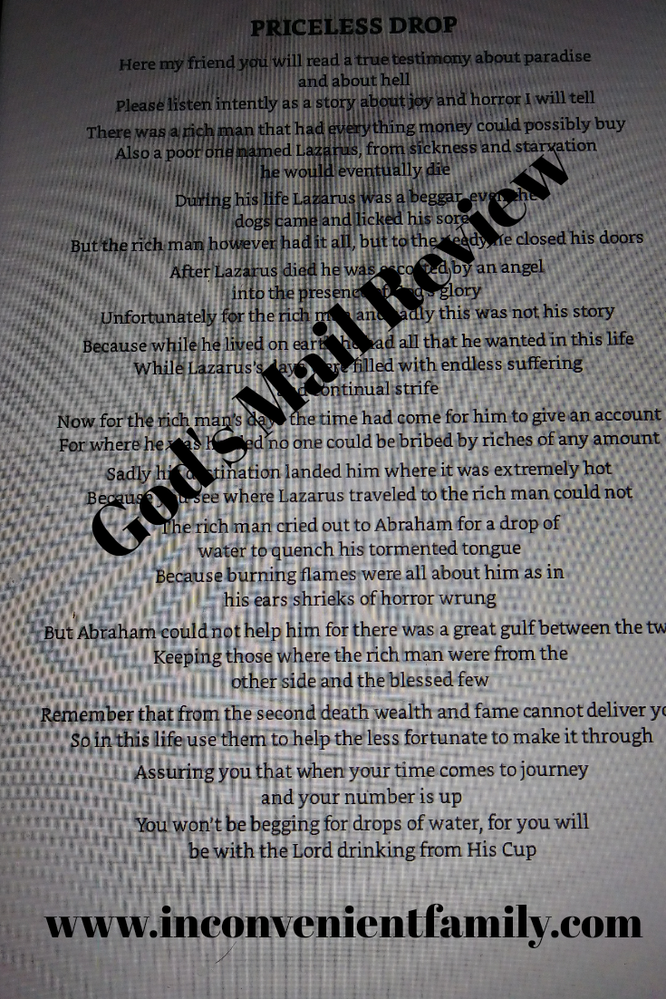 The Kindle version was easy to navigate and I had no problems with it.  The foreword was a bit lengthy with many testimonies of Ron’s prophetic insight.

That being said, I think the man is sincere in his desire to be a help to people.  He has been there, done that and I think his sincerity rings true in his poetry.

Just because something isn’t really my thing, doesn’t mean it doesn’t also have its good points!  He definitely encourages you to follow God’s Word and to obey his will for your life.  He strongly discourages sin and points out the many problems and troubles that occur when you do go against the will of God.

I would also note that in my opinion these are for adults.  Many of the topics aren’t something I want addressed quite so bluntly with my young children.  On the flipside, these actually might strongly appeal to young people (teenagers, older teens and young adults who come from an inner city background as a lot of the language resembles that).

In our job as reviewers we get to review a lot of things and of course not all things are going to appeal to everyone 🙂  I think this could be an encouragement to some people who are perhaps going through some of the things that Ron has been through.

He also have a couple other books of poetry, Volumes 1 & 2 of God’s Mail that if this peaks your interest you might really enjoy those also!

Don’t forget to check out the other reviews at the link below!