I’m always looking for unique and interesting ways to bring the Bible to life for our kids and make the lessons applicable so when I got the chance to review Barbour Publishing and their Kingdom Files with 2 of their books “Who Was Jonah?” and “Who Was Mary, the Mother of Jesus?” I was excited! These 2 books are a part of a series of books that explore Biblical characters, their thoughts, feelings and the probable motives for why they did the things they did.

In these books you are an investigator and get to pick up “clues” as to why they acted as they did. Jonah was a really good one to start with.

First off, I think we all have probably had the thought that Jonah wasn’t real bright and that he was quite frankly, a jerk, lol. Just be honest. You hear the story 400 times as a kid and become rather jaded to real emotions behind someone’s actions. But I strongly suspect most of us would have copied Jonah’s willful disobedience (based on the fact that we do it all the time in our own lives).

What motivated Jonah? Well, fear, probably for one. Maybe a desire for revenge…Ninevah wasn’t a nice place or a nice people, in fact they were extremely wicked. But we learn at least 2 things from this part. 1: God doesn’t give up on you as a Christian because you make a stupid, disobedient choice (but you may not like how he brings you back in line with his will) and he cares about what happens to sinful, wicked people who don’t believe in Him.

We also learned that God doesn’t scrap His plan or get someone else for the job (he hunts you down).

What kinda always blew my mind was how angry Jonah got when God didn’t destroy the people after they repented . That’s pretty heartless, right? But how would we feel if a wicked, violent group of people on death row repented of their crimes and turned from their ways and were all pardoned? We might feel exactly the same way!

Anyway, enough said about that book other than to note I learned as much as Jake with it. It really made us both think deeper! 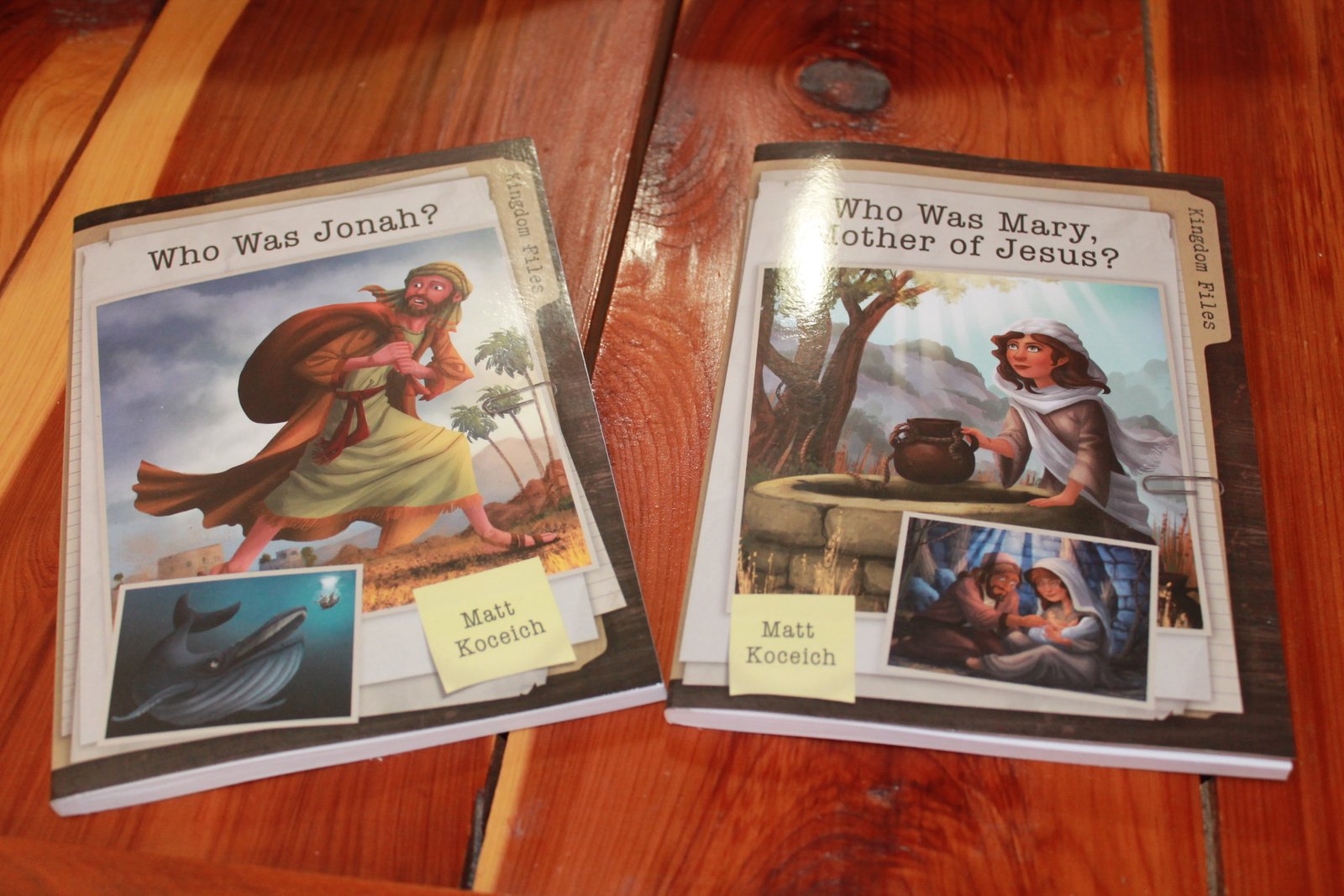 “Who Was Mary, the Mother of Jesus” was thought-provoking also. I won’t go into as much depth about that one but here’s a few things to think on. Wasn’t it amazing that when Mary was confronted with these very strange and unusual circumstances (some might say stressful) that she seems peaceful and totally content with God’s will? Also note that her response to many things is to sing scriptures! Now remember she was almost certainly younger than 15 when all this happened! Not your typical teenager with an identity crisis here. Mary was just as remarkable throughout her life and this is someone you would definitely want to use as a role model for your daughters!

These books make fantastic devotionals to do with your children. I read them aloud to the boys but if yours is an independent reader they could read it themselves and then you could discuss it together. The chapters aren’t long and then there is a follow up thought along with a memory verse. We took about 2 weeks to complete one book reading one chapter a day.

I highly encourage you to check them out! I don’t think you will be disappointed!