Books about bears are some of my favorites for kids 🙂  and “Paddington Bear” is definitely a keeper in my book!  So, when I got the chance to review Paddington Bear, Picture Book Explorers by Branch Out World, I was sure this would be a fun study.  I was right!

First of all, this is from a British company (and my first time to review an international product) so the language could be slightly different from what I was used to, but I was pleasantly surprised that other than some different spelling variations and somewhat more formal language usage it wasn’t a problem at all for me to follow!  In fact, we thoroughly enjoyed it!

This unit is designed for kids ages 5-10 but I used it successfully with a 4 & 7 year old so I’m quite certain you can adjust it up and down as needed.  Though of course the older than 10 age group might not be quite as interested in Paddington as the younger ones are.

First off, we took did this as a kind of easing back into homeschool routine study.  We read the storybook (which the boys & Lilly loved) and then we focused on the area of Peru.  We learned different facts about Peru & England, discussed the similarities and differences, and watched a documentary type movie on Peru.

We also learned that Paddington was a Spectacled Bear, which is the only type of bear in South America.  This led to us reading books about real bears and watching a bear documentary.

The boys also learned about migration, emigration, migrants and immigrants and immigration and the various reasons why people move from one country to another.  Funnily enough, when I asked Jake the question, “what is migration?” he instantly knew because of the caribou migrations he’s watched on hunting movies and Dennis has read to him about 🙂

The study itself also addresses the flags of each country (Peru & England) and gives the child a chance to color them with a model provided.  There are suggestions for vocabulary enhancement, themes, grammar and much more.  There are also several experiments you can perform with fun stuff like shaving cream and yeast!  Yum, lol, with a warning “not to eat”. 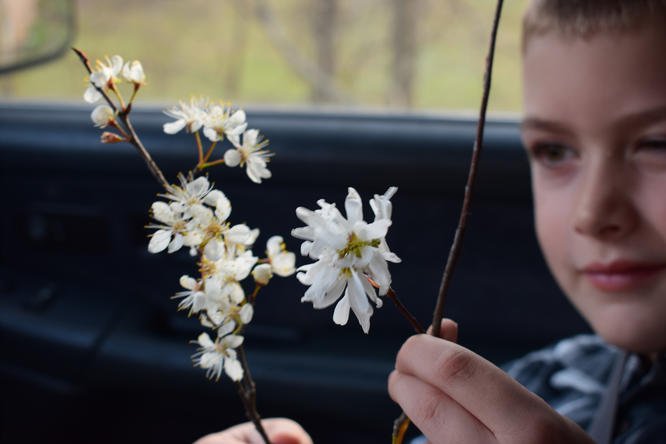 Another part of it was a nature study and letting the kids go out and observe and explore nature.  We love this part!  One really cool thing we discovered (and neglected to take a photo of) was a spider wasp.  We had no idea what one was until the boys found this wasp dragging a huge spider behind it.  We watched it for the longest time then I went in to research it and we discovered it was a spider wasp.  This wasp actually hunts huge spiders, injects them with venom and paralyzes them, drags them to a nest and lays one egg in the abdomen of the spider (which is still alive, btw).  Then it leaves and does the same thing with another spider until its laid all the eggs it wants to.  As the eggs hatch they eat the live spider (thus killing it).  I thought this was a rather incredible nature study!

There are also lapbooks and recipes (ones you can eat too!) included in the 60+ pages!  I was impressed with the quality and quantity of exploration included!  I hope you’ll check them out.  I will also mention this is a downloadable product so its not an issue if you’re in the US like me!